Now that I’ve finished the film treatment for “I Love You, California!” I’m moving on to a new, challenging and exciting project.  But what happens with the film treatment, you ask? Stuff it in a drawer?  Honestly, I’m not sure.  I’ve never done anything like that before and so I’m unsure about next steps.  I suppose that with luck, we’ll find somebody in the film-making world who thinks we have a great story and will help it get made.  This is not the part of the work that appeals to me.  I enjoy the research and the writing.  In an ideal world, I’d leave every bit of the promotion to others.

Be that as it may, it’s still time to dig in to a new project and let the treatment “ferment.” 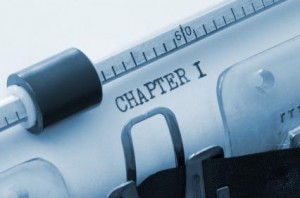 So the new project:  I’ve started the research for a novel that will follow an American family through the 1920’s, 30’s, 40’s and 50’s.  For a writer, this 40-year period is particularly juicy.  The Roaring 20’s, the Great Depression, World War II, and the McCarthy era, along with the post-war expansion, will comprise building blocks of the story.

How do I approach a writing project like this?   Since I’ve never tackled writing a novel, I’m figuring out what works for me as I go along.  There’s a good deal of finding my way by bumping into things and then changing direction.  I started out with ideas for a beginning, middle and end.  As a playwright, I know that the place to begin should follow an inciting incident.  Something has to have happened that sets the play . . . the machine . . .  the story . . . in motion.  I want to start this novel in much the same way and to that end, I’ve drafted a beginning that, for the moment, I like and that I hope will infuse the story with the energy it needs to keep a reader engaged.  Now I’m collecting my characters and working up their life histories.

If you’ve tackled writing a novel, I’d be interested to hear how you got the ball rolling . . .