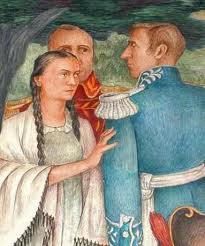 I’ve just completed the final draft of a “treatment” for a film and I’m feeling great.  It’s the first time for me to write a film treatment and it’s been quite a challenge.  It’s taken just over one year.

My involvement started at the end of March 2012 when I met a couple, Mikhail and Wendy, at Fort Ross, north of San Francisco. I’d been commissioned to write a series of historic scenarios for the Fort’s bicentennial celebration and this was a kick-off meeting. Fort Ross is where, in 1812, the Russian American Company established an outpost for agriculture and commerce to supply their main colony far to the north in what is now Sitka, Alaska.

Wendy approached me at the end of the meeting and asked if I would consider meeting with her and Mikhail to explore the possibility of writing a treatment for a film they had had long in mind. Of course I was intrigued and over the next weeks and months, I became increasingly sold on the project which for now has the working title, I Love You, California. 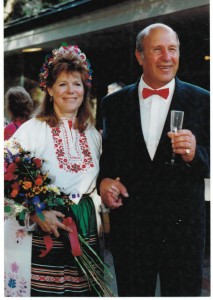 I Love You, California is the story of two men from Russia and two women from California. Each of the Russian men falls deeply in love with one of the California women and visa versa.  What separates the couples is time. One couple (Rezanov and Concha) is from the early 1800’s and their story is played out against the backdrop of the Napoleonic Wars and the colonization of the what is now California, Oregon, Washington, Canada and Alaska by Imperial Russia. The other couple (Mikhail and Wendy) is from the 1990’s. Their story takes place in the first, tentative days of the “melting” of the Cold War and the chaotic dissolution of the Soviet Union.

The incredible circumstances that bring these two men and two women together, the enormous challenges they each face and struggle to overcome, and the many joys and sorrows that accompany these romances are at the heart of the story.

Now it’s time for us to look for a producer who has as much faith in the project as we do. If you know somebody who might be interested, let me know!